INTERPOL and AFRIPOL collaborate in joint action against cybercrime 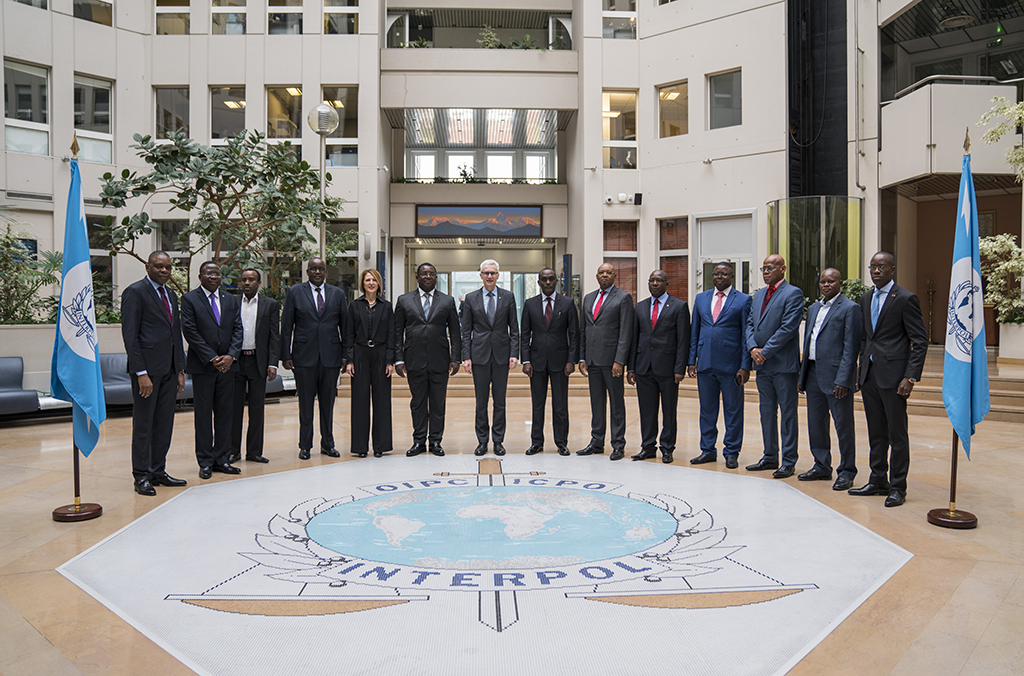 Law enforcement officials from 27 INTERPOL countries joined forces in the Africa Cyber Surge Operation to counter cybercrime across the continent.

Against the backdrop of the huge financial losses suffered by companies, businesses and individuals, the four-month operation (July to November 2022) saw officers detect, investigate and disrupt cybercrime through coordinated law enforcement activities utilizing INTERPOL platforms, tools and channels, in close cooperation with AFRIPOL.

Coordinated from an INTERPOL Command Centre in Kigali, Rwanda, the operation focused on removing the enablers of cybercrime.

Among the operational highlights:

The information also contributed to the development of 28 INTERPOL Cyber Activity Reports that highlighted the various threats and types of criminal activity and outlined the recommended actions to be taken by national authorities.

Participating investigators worked in their home countries in collaboration with National Cyber Emergency Response Teams, Internet Service Providers and Hosting Providers who were notified of the potential vulnerability in their network infrastructure within their jurisdictions.

This collaboration proved very successful with 80% of identified ISPs engaging with law enforcement to mitigate the risks, identify weaknesses in their infrastructure and notify customers.

"Coordinated from an INTERPOL Command Centre in Kigali, Rwanda, the operation focused on removing the enablers of cybercrime"

Of the participating countries, 18 have recognized Cyber Emergency Response Teams (CERTs), all of whom are actively working with law enforcement agencies and ISPs. Agreements have been set up between these organizations to formalize future responses.

An INTERPOL coordination team on the ground in Kigali offered real-time support, while investigators from participating countries made use of INTERPOL’s secure Cybercrime Collaborative Platform for Operations to update each other on progress, share intelligence and receive support.

The Cyber Surge operation not only brought together many African member countries for the first time in a unified cybercrime operation but also helped build trust and establish valuable working relationships between them and with other partners.

The Operation was preceded by a two-week training event in Kigali, Rwanda, which covered both cybercrime and cryptocurrency investigations. Delivered to 23 law enforcement agencies from 22 African countries, the course equipped participants with the knowledge and skills necessary for the Operation itself and will enable them to take proactive and sustainable action in the future.

A debrief meeting held in Mauritius at the end of November allowed member countries to share successes, discuss challenges and identify areas for improvement.

The Cyber Surge activities have also led to newly introduced legislative protocols and the establishment of a series of Cybercrime departments in member countries, which will further contribute to reducing the impact of cybercrime and protecting communities in the region.

The Africa Cyber Surge Operation was coordinated by INTERPOL’s Cybercrime Directorate and INTERPOL Support Programme for the African Union (ISPA) in collaboration with AFRIPOL.

The Operation and related events were funded by the UK Foreign Commonwealth and Development Office and the German Federal Foreign Office as part of their ongoing support to INTERPOL and AFRIPOL.

Distributed by APO Group on behalf of INTERPOL.

Feds recover Bitcoin worth $3.3 billion from a popcorn tin

Take Down of An International Super Cartel