$1.5M worth of cocaine stashed in tractor trailer seized by Texas CBP officers

U.S. Customs and Border Protection (CBP) officers stationed in Texas recently thwarted a shipment of more than $1.5 million worth of cocaine into the United States. CBP Office of Field Operations (OFO) officers assigned to the World Trade Bridge seized the hard narcotics on Tuesday, according to the agency. CBP officers in Texas seized more than $14.4 million worth of cocaine and meth just a few days prior. 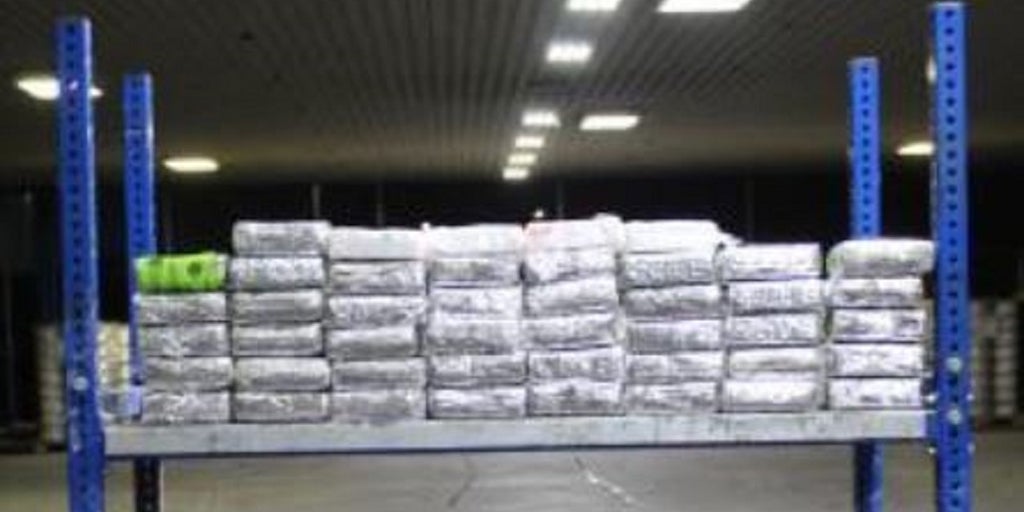 After a canine and a non-intrusive system examination, CBP officers discovered approximately 119 pounds of cocaine within the trailer. Altogether, the narcotics had a combined street value of $1,587,777, CBP said.

BORDER NEEDS A BIPARTISAN SOLUTION NOW, BEFORE IMMIGRATION GETS LOST IN PARTY BATTLES

CBP seized the narcotics and the case was referred to Homeland Security Investigations (HSI) special agents for further investigation.

"This is an excellent seizure by our officers working at the CBP cargo facilities. It’s a perfect example of their unfailing vigilance in guarding our nation’s borders and protecting lawful trade and travel," said Port Director Albert Flores, Laredo Port of Entry.

The seizure came just days after CBP officers working the Hidalgo/Pharr/Anzalduas Port of Entry seized more than 1,500 pounds of cocaine and methamphetamine with a street value of more than $14.4 million between three busts along the Texas border.

INTERPOL and AFRIPOL collaborate in joint action against cybercrime

Colombia's Paramilitaries And The 'Ndrangheta Connections